Originally printed in 1885, the ten-volume set of the Ante-Nicene Fathers beckons the entire works of credible early Christian thinkers. In particular, it consorts the writings of the Early Church Fathers prior to the Nicene Creed of the fourth century.

For all the Christians who  believe they apprehend Scripture and the Early Church. Likewise, for those who falsely-comprehend the Christian Church wasn't commenced until the 4th Century.

Exposes the evil and blasphemous Jewish Talmud which calls the Virgin Mary a whore, Jesus a drunk and black magician, etc.!

Friend of Christ's disciple St. John, epistles additionally avail. in vol. 1 of the Ante-Nicene books to the right.

Most eBooks are sold in EPUB file format for use in all eBook apps, except Kindle; although the PDF files can be utilized in Kindle

Outstanding piece of work!  Though somewhat similar to the works of Thomas Aquinas, Marsiglio came slightly later and incorporated more politics into his views; as Aquinas supported the church authority 100%. Marsiglio was more of the Dante generation.

Published in the year 1317 of our Lord

- Faith of Our Fathers

by James Cardinal Gibbons featuring 30+Chapters on scripture and Catholic Dogma in Defense of the Church.

Sample from the Preface: The grace of the Eucharist will flow into these souls and will inspire their conduct with the same motives that led Jesus Christ to institute and perpetuate the Sacrament of His adorable Presence,  the chief of which is love...

Including errors & truths of Reformation

Famous Christian Theologians are listed by author name; not title, and the saints are under S  (St.)

The "Dark Night of the Soul" is a reference to the calming period after initial Divine Union (e.g. 3rd-Eye opening)

In their own words

The text of these two historic New Testaments appear side-by-side for comparison.

For More Mystical Writings, Articles and Videos, Visit:  Pg. #7 The Kingdom of God

For Books on Christian Mysticism 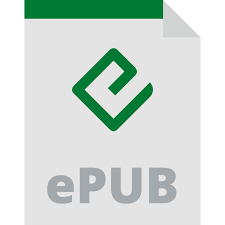 .Mobi are files for Kindle, but work great with apps like Freda & XODO

by clicking on the logo (left) or visiting: forbiddenknowledge.webstarts.com

Theology of the Christ Book Library

He Suffered for Us

Epigraphs of Early Christians from Athens

Possibly the Earliest Surviving Illuminated Christian Manuscripts. Circa 500 - 650. Partially written and illuminated by the legendary Ethiopian missionary Abbu Garima. In 2007 the English binder and restorer Lester Capon did a partial restoration of bindings of the Abba Garima Gospels.

"Plato, a philosopher, was sold by Dionysius for his gormandizing propensities. And Aristotle, who absurdly placed a limit to Providence and made happiness to consist in the things which give pleasure, quite contrary to his duty as a preceptor flattered Alexander, forgetful that he was but a youth; and he, showing how well he had learned the lessons of his master, because his friend would not worship him shut him up and and carried him about like a bear or a leopard. He in fact obeyed strictly the precepts of his teacher in displaying manliness and courage by feasting, and transfixing with his spear his intimate and most beloved friend, and then, under a semblance of grief, weeping and starving himself, that he might not incur the hatred of his friends. I could laugh at those also who in the present day adhere to his tenets,—people who say that sublunary things are not under the care of Providence; and so, being nearer the earth than the moon, and below its orbit, they themselves look after what is thus left uncared for; and as for those who have neither beauty, nor wealth, nor bodily strength, nor high birth, they have no happiness, according to Aristotle. Let such men philosophize, for me!"

Talk to Your Guardian Angels

When studying the earthly Jesus some scholars still limit themselves to applying typically 'scientific' methods modelled on the modern natural sciences or at least on their understanding of them.They take up particular gospel sayings or events and analyze them in an 'objective' fashion, wrenching them apart from the living world of Jesus and his followers and reducing them to their smallest elements. They isolate and take apart these sayings and events, as if such separation and reduction were the way to know and understand Jesus. All of this insinuates an attempt to dominate him as if he were simply a problem 'back there'. They forget that really knowing another person in depth always demands our participation in and relationship to another personal mystery. Here, if anywhere, appropriate objectivity is gained by involvement, not by artificial attempts to distance oneself.

On occasion while reading theology I come across a small section of literature I desire to share with others, thereby I'll take the time to type it on to this site for others to view. -Shaun Prario

The most Holy book ever written. God speak to us through this literature. The Bible is the story of God's love and His relationship with the human race. God's mission is to save humans from sin and bless them with eternal life, which is called salvation.

Let your voice be heard. Give our website FB Likes, explore and enjoy in our Social Media.

During an exorcism in Europe the possessed woman clearly spoke several languages including Latin which she did not know. Of 'course, it wasn't her voice coming from her mouth as the Priests involved knew this to be a real, and definite, case of Demonic Possession. Interestingly, the entire ordeal was audio-recorded; which can still be analyzed today. Throughout the possession the Demon/s criticize the Christian people for not utilizing powerful elements of the church - Prayers and Behaviors which dominate the demons and keep them at bay. One thing the demon mentioned was receiving communion in the hand. (he claims that was added by Satan). Another thing the demon mentioned which had great power over them and delivers the human a godly field of protection around them in their lives is the Praying of the Rosary. The evil devil laughs at the lack of the Rosary, accusing man of not being Godly.

-How to Study Bible by Pastor Allen Wayne 🎧
- Biblical Dictionary

An Ultimate Guide to the Bible

Another term for Second Coming.

A Greek word that was implored to symbolized Presence or Arriving

Translated from Latin into English bY M. E. with a Preface by His Grace the Archbishop of Westminster

Authored by Shaun Prario, the Founder & current Producer of The Verity Outlet.

-Bernard of Clairvaux (1090-1153) Song of Songs: A Contemporary Encounter with Contemplative Aspirations